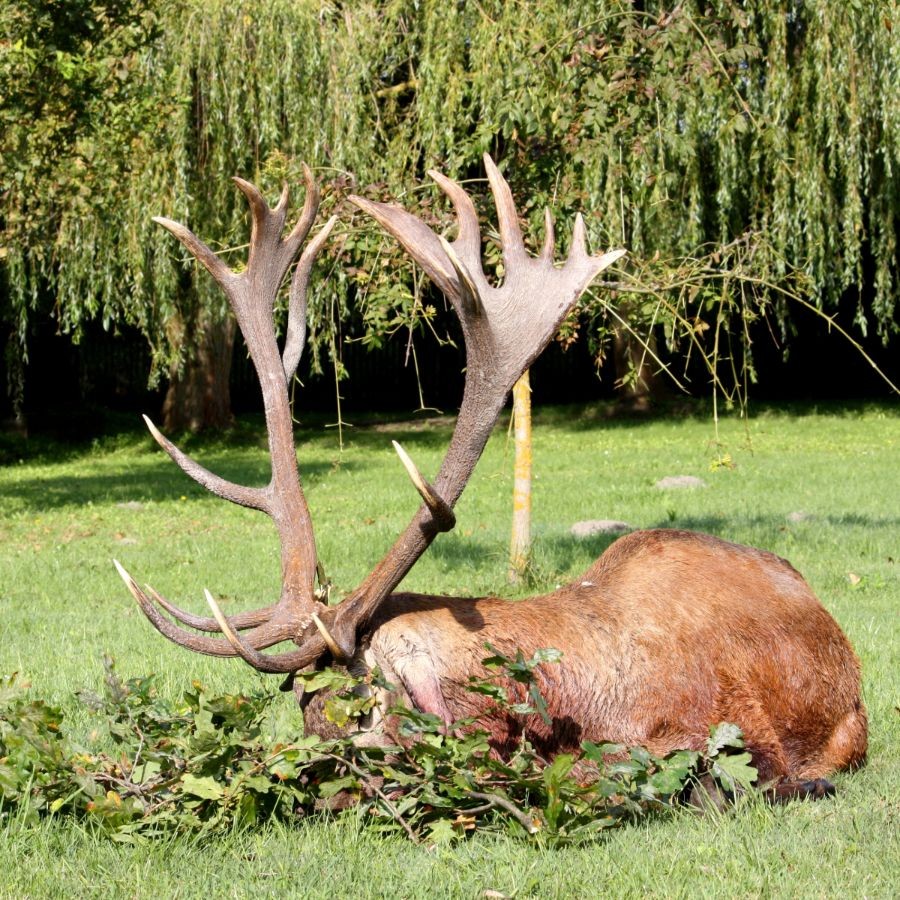 September in wildlife management brings an injection of adrenaline to the wildlife manager. September is the time when one of our most economically important deer species Red Deer is breeding. It is this biological act, the breeding cycle of deer, that shows the success of the work done on population dynamics. During mating the breeder has the opportunity to monitor many parameters:

– areas of females grouping in preparation for mating,

Mating is, like other physiological actions, conditioned by the presence or absence of certain hormones. In this case, it is the concentration of sex hormones in the blood. Sex hormones, weather (photoperiodism – the ratio of day and night length), etc., act as switches that, at the right time, cause the way each throat behaves, both during pre-mating and mating times.

– parental investment of the female in calves,

– social organization of herds and dispersion in space (related to food sources),

“The success factors of the reproductive cycle usually divide males and females, so different adjustments have evolved separately, eg differences in body size, fitness, growth, metabolism, length of life and many other aspects of physiology.”

Red deer species is a social herd species. Males and females live in sexually and spatially separated herds for most of the year. The composition of the herd of females is made up of females of all ages with or without calves, and is usually joined by two-year-old male or three-year-old males. The herd of females is strictly organized, there is a dominant female that other animals follow. The other female members of the herd are most often the daughters of the older leader female. A female’s life success is a product of her breeding success, her number of bred and raised calves. Entry into mating, calf size during calving, and survival of calves in Red deer is closely related to the female body weight. Body weight and physiological fitness are linked to the quantity and quality of food sources in the hind’s movement area. The area of ​​movement of the dominant hind is about 400 ha. On this surface, depending on the population size and the size of the herd of females and calves, females should find all the nutrients they need for their annual fairly tense energy budget (preparation for mating, mating, growth and development of the fetus, hair change, lactation). Because the life of a hind is relatively short, each calf she raises is a large part of her reproductive material, so she instinctively seeks to minimize the mortality of calves, the female often knows how to skip the reproductive cycle if she is not physiologically ready to invest in the calf. The first sign of mating start is to grouping of hinds and reduction of their area of ​​movement. They spend most of their time intensively grazing on meadows and other pastures and at the same time begin to emit a characteristic odor from the vulva area, whose intensity slowly increases over the days. The movement of the hind is getting weaker, so the radius of movement falls below one kilometer. The female could be characterized as passive, sedentary, she is waiting for a partner and is rational with energy consumption.

Unlike a passive female, the male is active and it is a great energy consumer during mating. Males and females spend much of the year in herds with other animals. While the herd characteristic of female is cohesion that gives stability to the group, the male herd is a group of egocentric animals of a very loose organization. Reproductive success in males is closely related to their ability to fight, and this ability depends on their body size, strength, and the development of antlers (weapons). As antlers grow and develop, males stick together, but as they begin to finalize and clear their antlers, they slowly leave the herd. The main reason for this is the increased concentration of the male sex hormone (testosterone) in the blood, whose action increases, among other things, aggression (intolerance) against other males, and very often this aggression is demonstrated on vegetation. As the time of mating approaches, the stags from their usual range of movement, distribute themselves on the surface of the hunting ground and join the assembled hinds to the so-called roaring areas and becoming extremely intolerant of other males. Then the battle to preserve the harem’s stability begins in order to secure a monopoly for mating and in order for males to pass on its genetic material further. The frequency of males fighting is conditioned by the age structure of the males (competition) and the synchronization of ovulation at females. The struggles begin with approaching interested males, loud roaring, parallel walking and antler collision. The defeated male then retreats, the winner chases the defeted animal shortly and declares victory with a specific roar. The males stand near the hind, lick its preorbital glands or vulva, chase it through the harem, and eventually run a bite. Males jump several times before ejaculation, after ejaculation the deer male declines interest in that hind. The male, besides making a loud noise (roar) and monitoring the husk in his harem, lies on the roaring area, wet (extremely strong musky odor, urine mixed with sperm), damages vegetation, leaves marks by wiping the tear gland on vegetation or trees, sprouting ( mud rolling) etc. He performs all these activities near his harem, chart shows the actions and distance from the harem when performing these actions. After mating, the Stag that has actively participated in the mating is exhausted by mating, growling, fighting, maintaining the harem, etc., such a male can lose 20% to 30% of his body weight before mating. Such weight loss can also be devastating to the animal, so it is necessary to act with adequate food to physically store the throat for the most scarce season of winter.

The role of males in the reproductive cycle is complete, the growth and development of the fetus, calving, raising, daily feeding and care for the offspring, etc., all remain on the female / hind, so it is once again important to note that the selective shoot of the hind is extremely important because it drives the quality of calves and the quality of the future deer population in the hunting ground. Maiting is not just roaring, deer, harem etc. Maiting in the animal world means extending the species. Breeding and successful raising of young animals are two parameters by which we estimate the value of the population (permanent management). Equally successful raising the calves is important to the animals themselves, more specifically the females. Females are the ones who devote much of their lives to investing in calves, and we breeders, therefore, choose females according to this parameter. We choose which genetic material to pass on to the maximum number of calves during their lifetime. The genetic material of the animal that fails to mate is lost from the population and so such traits will disappear from the population. In contrast, the genetic material of the mating animal is continuously transmitted, so that it will slowly control the population. 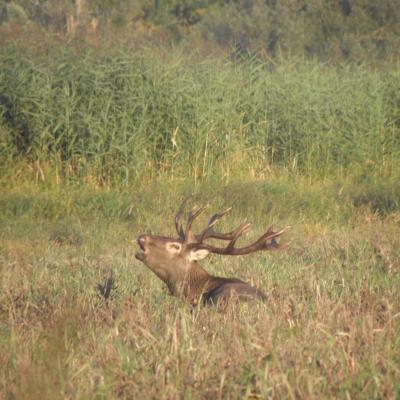 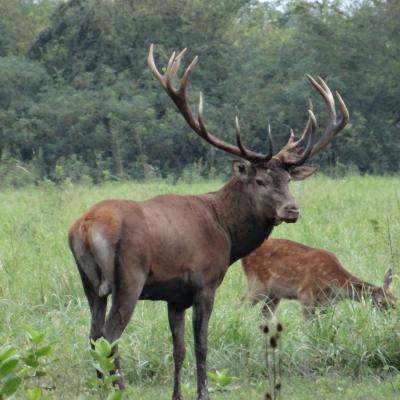 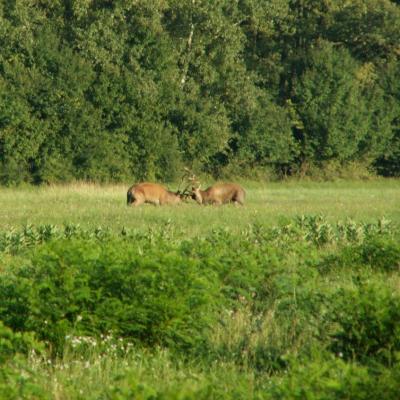 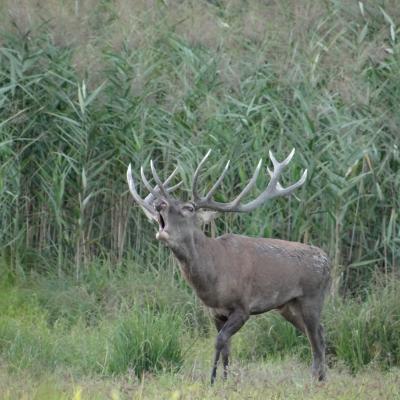 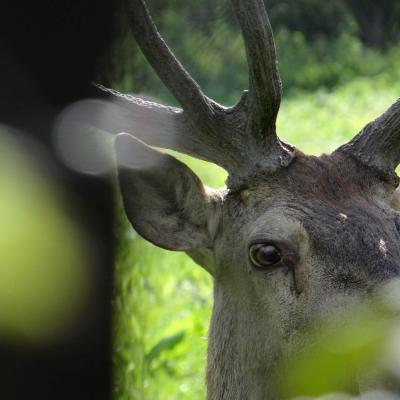 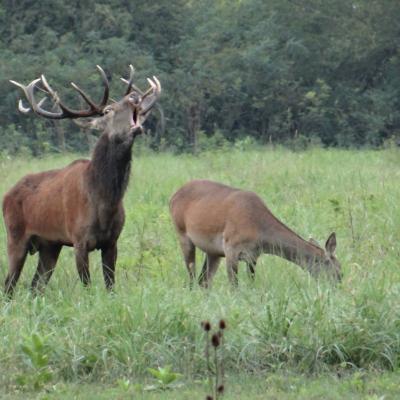 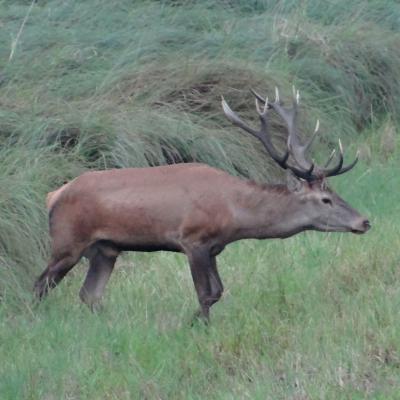 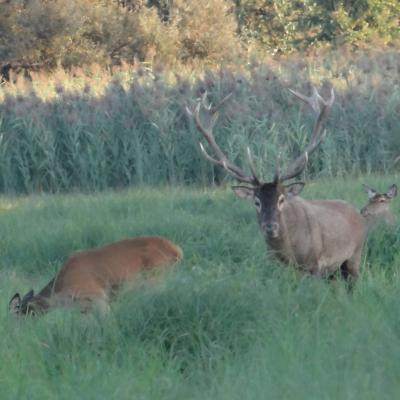 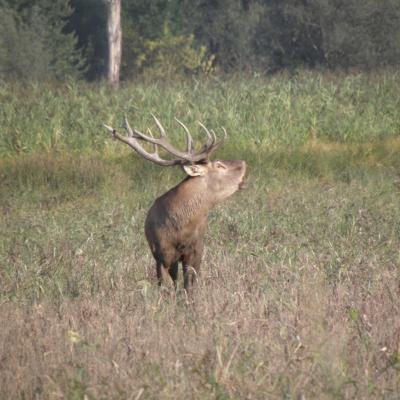 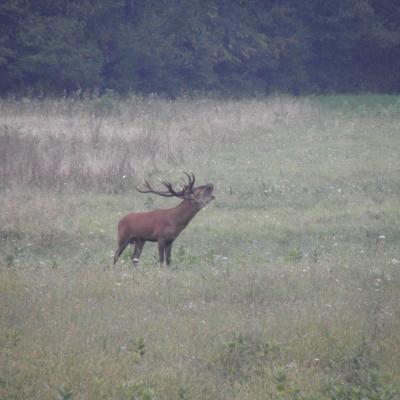